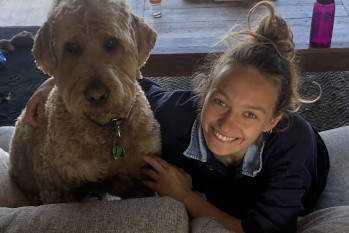 A combined advocacy campaign in 2019 involving ADHD Foundation across Australia, ADHD communities, support groups and individuals delivered a message to the Pharmaceutical Benefits Scheme (PBS) that the age restriction on long-acting medication for those over the age of 18 years was unfair and discriminatory.   On 1st February, The Minister for Health, Hon, Greg Hunt released a media statement announcing the expansion to the listing of an ADHD long-acting medication to include patients who are diagnosed with ADHD after they turn 18 years old. This listing was requested by Takeda Pharmaceuticals and recommended by the independent Pharmaceutical Benefits Advisory Committee.

Previously, those with attention deficit hyperactivity disorder (ADHD) were paying different prices for the same medications because of a caveat that prevented people diagnosed in adulthood from accessing subsidised medication under the PBS listing. This change now means that in some cases long-acting medication may be cases be subsidised for Australians diagnosed as adults, rather than as children.  Link to learn more about the restrictions for patients seeking this medication and being diagnosed for the first time over the age of 18.  Please refer to this Link to the PBAC to read more about Novartis Pharmaceuticals Australia Pty Limited To request a General Schedule Authority Required listing for the treatment of adult patients with attention deficit hyperactivity disorder under the same population criteria as the currently listed lisdexamfetamine for adult population.

ADHD is caused by a reduction in the amount of dopamine and noradrenaline in areas of the brain, the stereotype of ADHD as a condition that mainly affects young kids who cannot sit still in class is not the whole picture. Between 2.5 to 5 per cent of adults are estimated to have ADHD, which often presents differently across age groups and genders. More information about what ADHD is can be found here.

While not everyone wants or needs to use stimulant medication, many find it helpful to manage the trickier aspects of the condition and as reported by Claudia Long on 11th August 2021 this was definitely the case for 25-year-old Hayley from Jan Juc in Victoria, finding the right medication was not easy but having the availability of a long-acting option at an affordable cost made a big difference. Juc said “I don’t feel like I’m over-stimulated or even on drugs … it’s just added an extra support for my brain,” she said. Source : View Full Post Here

As is the case for many adults in Australia, having a long-acting medication can support a more balanced level of medication throughout the day and avoid highs and lows during the day. The long-acting option that Juc is on now takes away the stress of having to remember to take multiple tablets a day and is a better fit for her.

The ADHD Foundation hope that other long-acting medications will follow, and will be included on the Pharmaceutical Benefits Scheme for those adults who require more options for their treatment of ADHD Please refer to our earlier statement in this post or review here