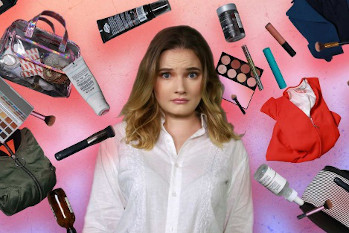 Published by the ABC, here Sterre’s story about the challenges of managing your money with ADHD.

When I was at university, my parents and I used to have the same conversation about my financial instability every three months.

They asked me why I was behind on paying my phone bill again, I told them I forgot (which I did).

My Dad would point to the new shoes I was wearing and say: “I think I know where that money went to”.

I would cry out of shame, promise them I’d do better and we moved on … until my next impulsive buy-a-thon.

It was a continuous cycle of forget, spend, cry and repeat.

As I transitioned into adulthood, the consequences of my reckless spending habits became more severe.

The desk drawer stuffed with unpaid bills became fuller and fuller. I got in trouble with my phone provider and was threatened by debt collectors. Worst of all, it put a strain on my relationship with the people I love most.

I knew I was out of control and the guilt consumed me.

Even though I was diagnosed with ADHD long before my problems with money began, no-one had ever made the connection between my disorder and my empty bank account.

In my mind, ADHD only existed inside of a classroom. In the “real world”, my impulsivity and short attention span were simply chalked up to voluntary incompetence by my family and peers.

But the cause of my money issues was looking me square in the eyes. I just couldn’t stay focused long enough to see it.

So I investigated the issue for the ABC Personal Finance series.

Article Author : Sterre Meijer
Posted On : 31 May 2019
Source : View the full post here on managing your money with ADHD