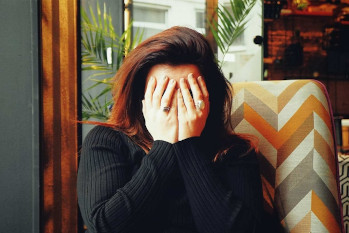 But for some people, these are symptoms of attention deficit hyperactivity disorder (ADHD). It’s a widely misunderstood condition that is significantly under-diagnosed in adults — and often misdiagnosed as anxiety or depression.

We asked two experts what the disorder looks like in adults, and why it can take so long for women to get diagnosed.
Girls often go undiagnosed

ADHD affects people of all genders and ages. But for women in particular, the disorder can fly under the radar in childhood without a diagnosis, clinical psychologist Maddi Derrick says.

She’s the director of an ADHD specialty clinic in Hobart and also lives with ADHD that went undiagnosed until 2018.

Dr Derrick says the condition is often missed in girls because the diagnostic criteria used in assessing for ADHD emerged from research focusing on boys.

“It’s been filtered through that lens ever since,” she says.

ADHD symptoms can also be less obvious in girls, partly because they mature socially and emotionally faster than boys and are “probably a bit aware and focused on how others are viewing them”, she adds.

“You get lots of girls with ADHD who are trying very hard, who are working hard to concentrate [so] what you tend to see is talkativeness; they’re very, very chatty and outgoing.”

“You see someone who’s just sort of daydreamy. It didn’t necessarily stand out to a teacher,” Dr Derrick explains.

She adds that in some kids, naturally high IQs further mask their symptoms.